Bits and Pieces From the Last Day (Maybe) in Madrid

I’ve got a lot of odds and ends saved up from the trip, so here they all are jumbled up into one blog post. Today is my last full day in Spain. Tomorrow (maybe) I go home.

I say “maybe” because my flight from Madrid to Portland stops at JFK in New York on Monday afternoon, right about the same time that Hurricane Sandy is scheduled to stop in New York. I believe that hurricanes take precedence. There is a reasonably strong chance that the airport will be closed and I’ll be delayed somewhere along the way. To add +1 to the difficulty, there’s a transit strike scheduled for tomorrow morning during rush hour, right when I’m heading to the airport. I’ve mapped out a couple of possible ways to get to the airport, but if there’s gridlock above and below ground I could be screwed.

I got to Madrid by taking the high-speed AVE train from Barcelona. It’s wicked fun. 186 miles per hour, and whisper silent. Once the train gets up to 120 miles per hour you think to yourself “This doesn’t seem all that fast.” When it cranks up to 186 mph it’s like “Hooooooly craaaaaaaap!” The train is very modern and comfortable, with tons of legroom, comfy seats, a movie (they showed something in French with Spanish subtitles) and a snack car where you can go get food or drinks or hang out. We made the 400-mile trip from Barcelona to Madrid in 2 hours and 45 minutes, including a stop along the way in Zaragoza. Really a great way to travel. 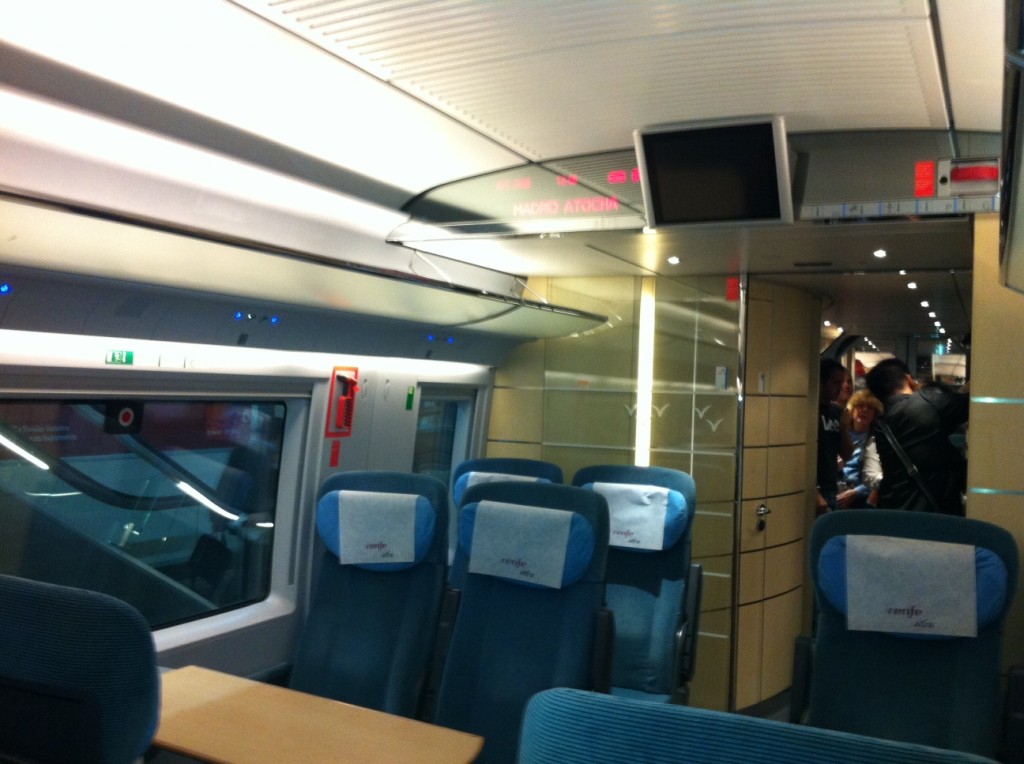 Everything I’d read about how Madrid feels very different from Barcelona is true. It’s like being in a completely different country (the Catalonians would likely agree). The culture, the people — everything feels different here. Madrid is grittier and older than Barcelona, and Spain’s economic woes are much more apparent. 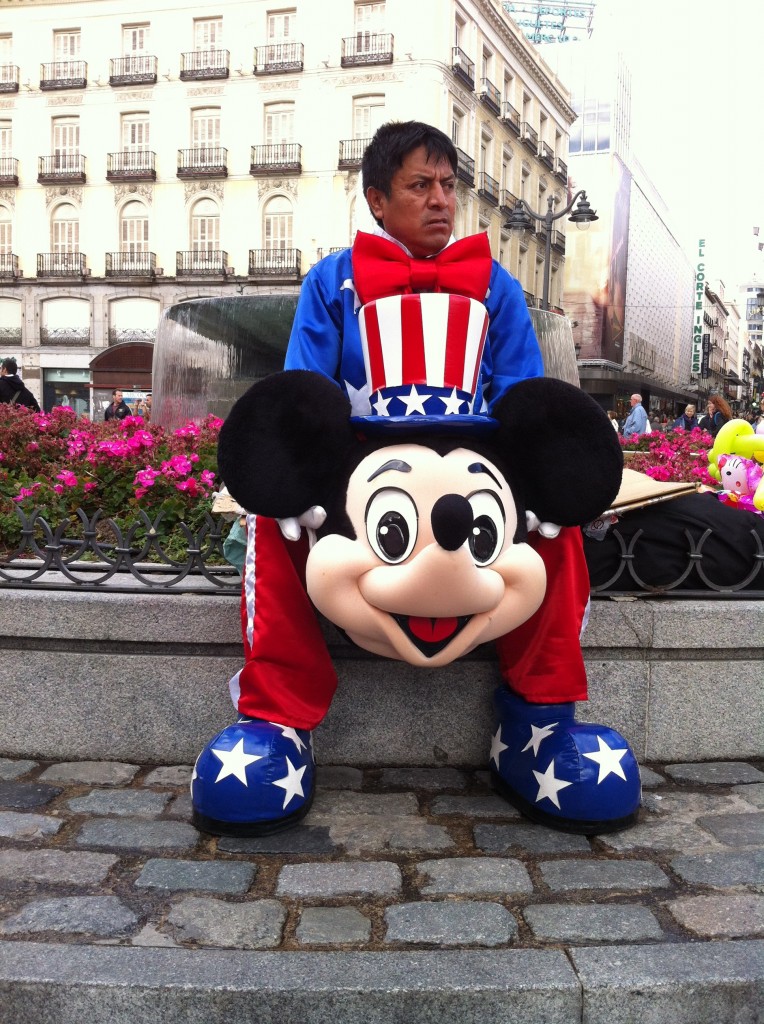 On the other hand, the architecture is absolutely spectacular. They are not above putting a massive sculpture of horses pulling chariots on just about anything. Walking around town is a never-ending smorgasbord of eye candy. 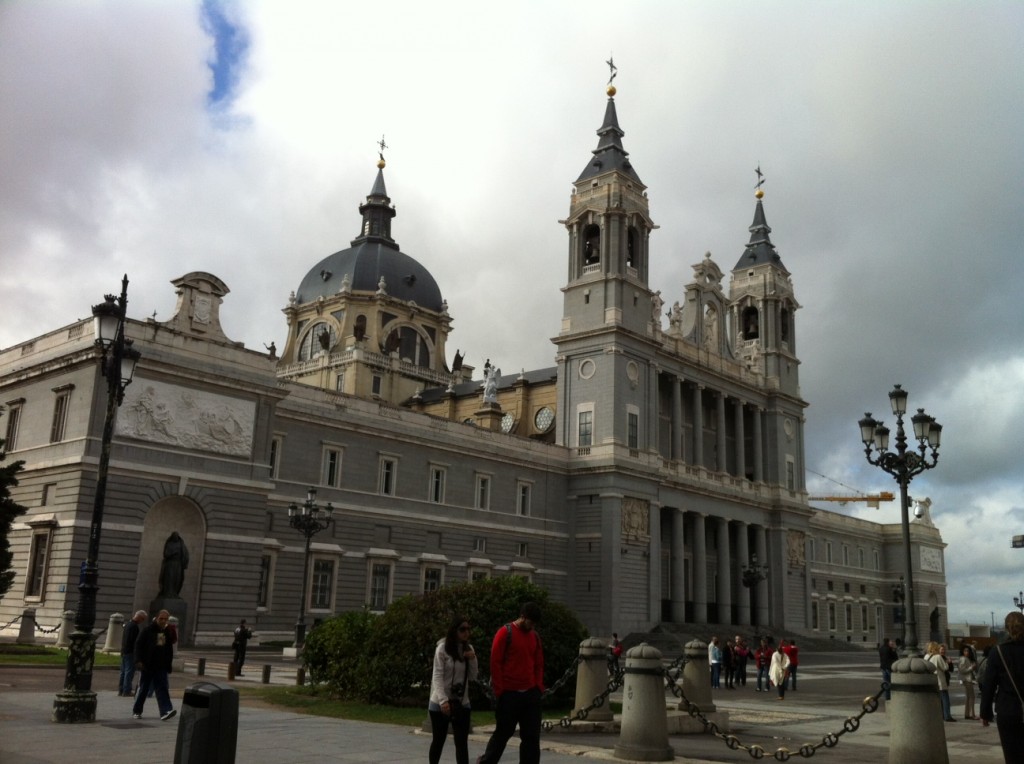 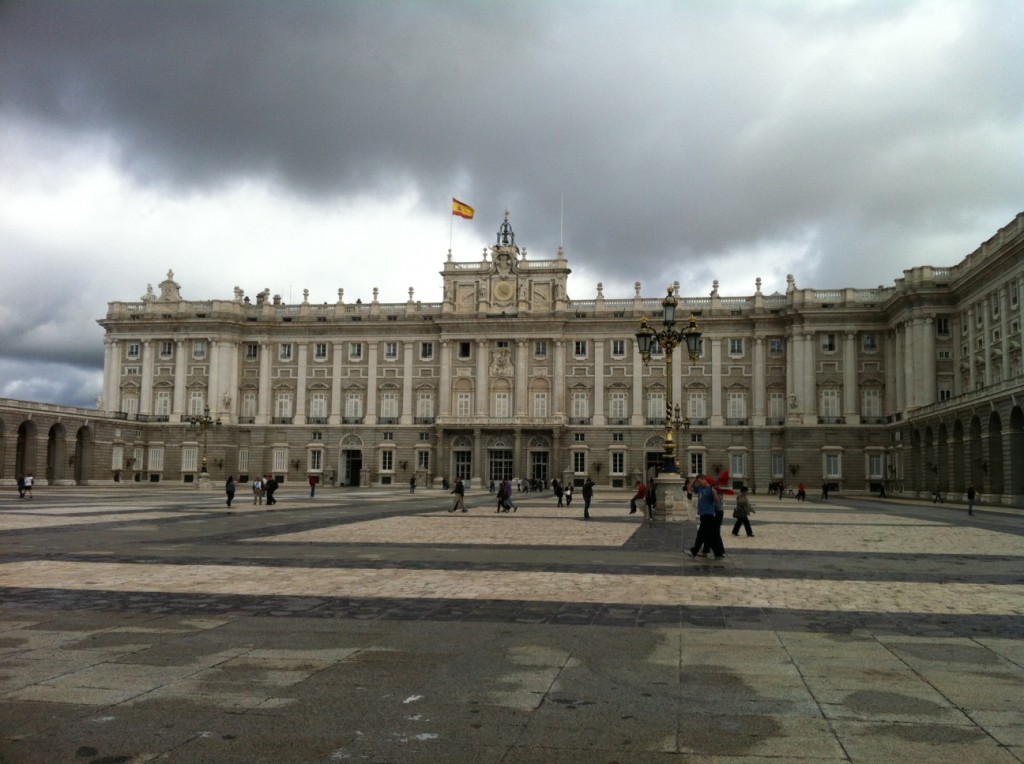 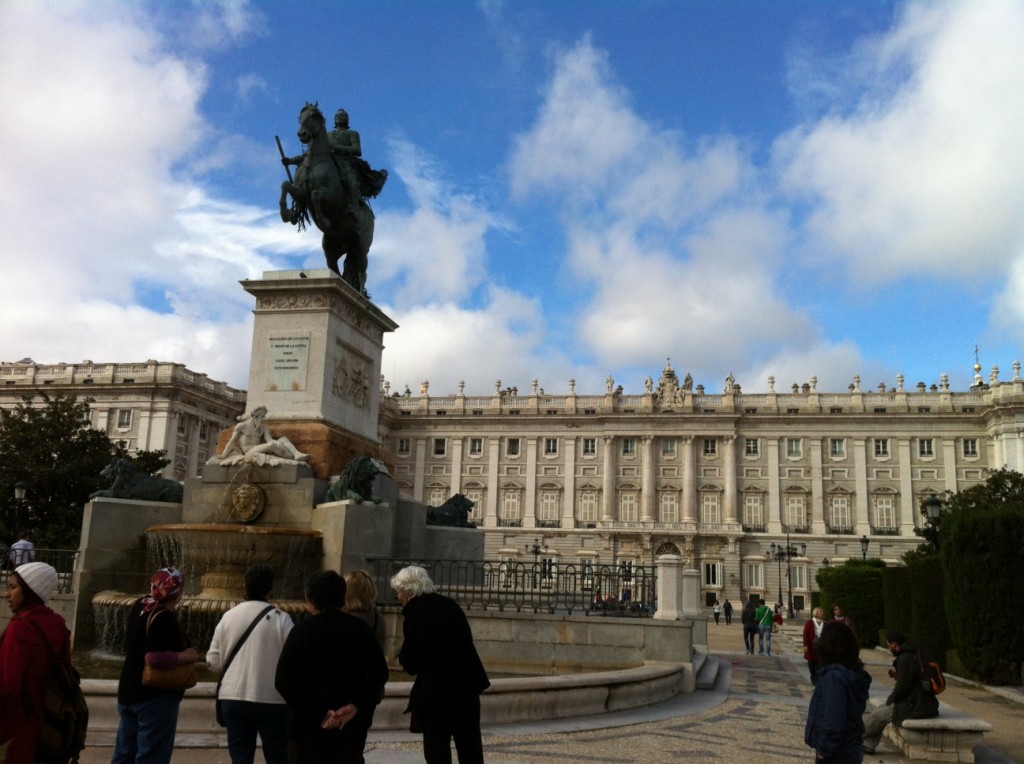 Since theater here is in Spanish instead of Catalán, I’ve gone to see two musicals since I arrived. The first was called Galicia Canibal, and is based on Galician 80s music (spoiler alert: 80s music sounds like 80s music, even in Galicia). The plot involves a teenage girl who is going through a tough period in her life, and when her aunt — a noted 80s rock star — dies unexpectedly, she lets her aunt take over her body for one day so she can have one last concert. Of course the day runs out just before the concert, but the girl still goes ahead and performs the concert and everyone learns their happy lesson. Despite my shaky Spanish, I did a pretty good job of understanding what was going on, and all the music was catchy. The woman sitting next to me was happily singing along. I’m pretty sure the conceit of the show was the same as Mamma Mia — let’s figure out a plot to give us an excuse to sing popular songs for three hours.

Last night I saw Más de Cien Mentiras. I did not understand a single thing in the entire show. They were speaking Spanish so fast I couldn’t catch anything. Or maybe it was in Korean. I have no idea what it was about. I can report that the singing and musical/dance numbers were very professional. This was on the Madrid version of Broadway — down the street The Lion King (El Rey León) was playing.

A few more odds and ends:

Time to go out for one last (maybe) walk around Madrid, which may very well end up at a Real Madrid basketball game. Gotta see how my buds Rudy Fernandez and Sergio Rodriguez are doing.

Here’s hoping I have happy trails back home. 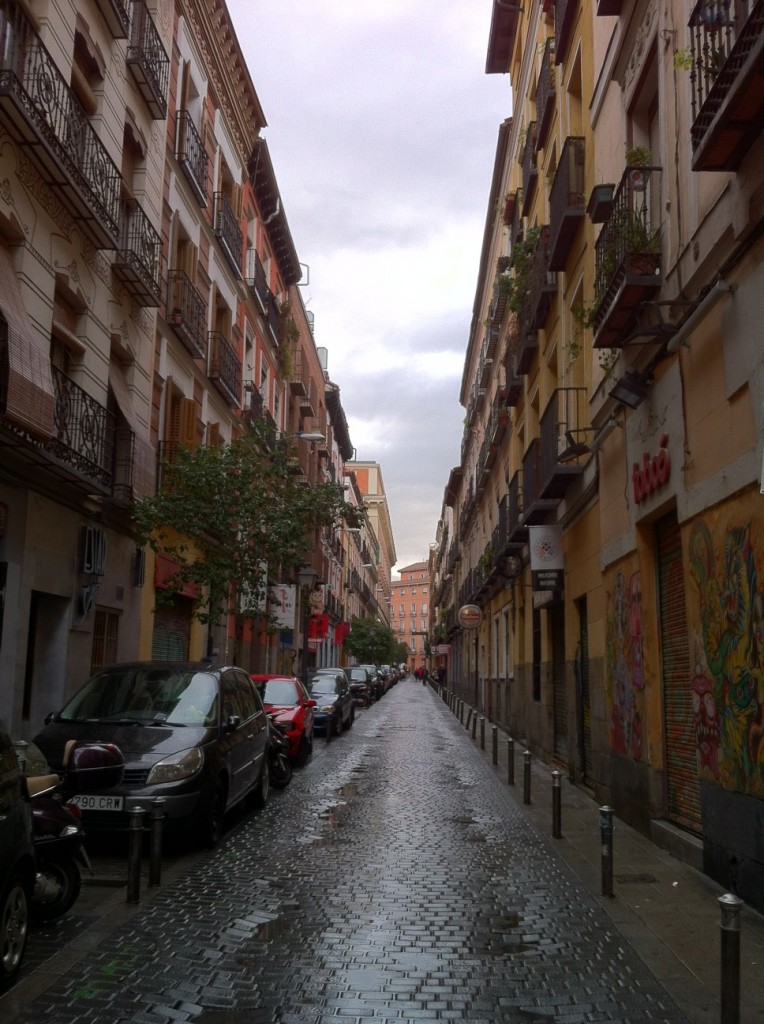