A Bug in the System

Every hotel and guesthouse in Thailand (and by “every” I mean “the two that I’ve stayed in”) have an ingenious system to prevent tourists from leaving the lights and air conditioning running all day. Next to the door is a slot for your room key, and unless your room key is in that slot the lights and AC are switched off.

Also, there’s no pipe smoking, in case you’re visiting Thailand from the 1950s. 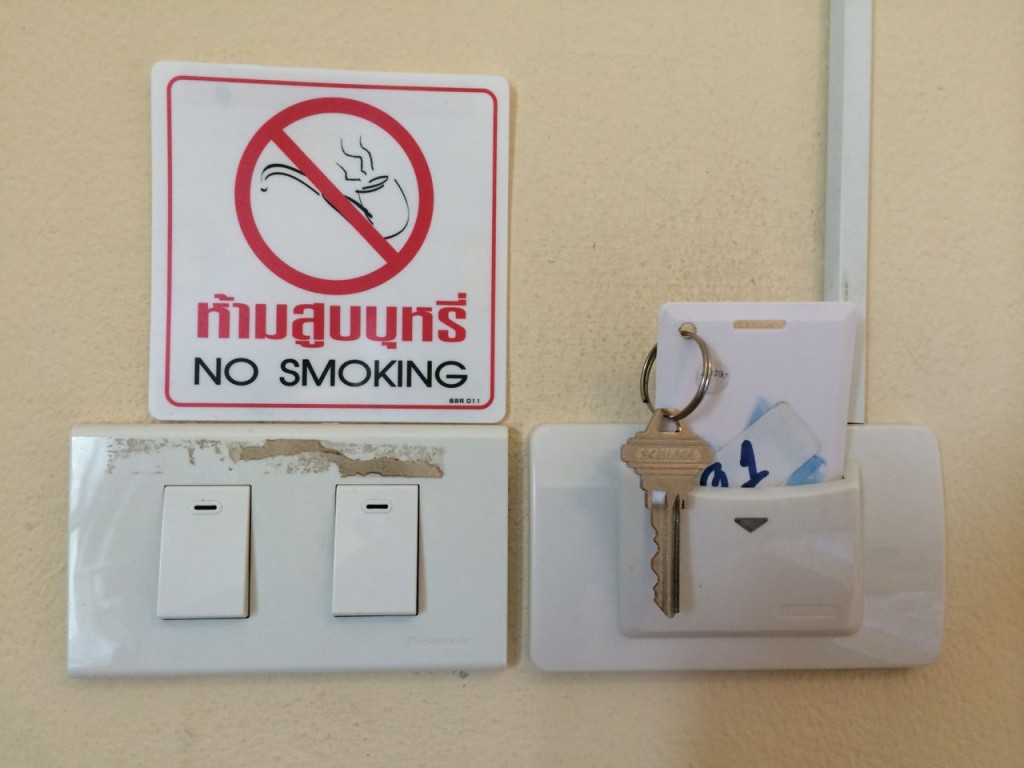 So anyway, the other day I was returning to my room in the late afternoon. I shut the door, slid the key fob into the slot next to the door and…

There was a shockingly-loud explosion, a sound like the electric chair scene from The Green Mile and the entire room lit up like lightning had struck next to my head. In that brief moment, I thought the building had exploded and I was going to die. I instinctively ducked and covered, which my third grade teacher would have been proud of.

I turned around to see if there was anything left of the room, and I discovered with some relief that the explosion was happening outside my window. In fact, the utility pole just three feet from my window was still buzzing and sparking, and when I went to the window I saw an extra crispy bird smoking atop one of capacitors. Apparently, in a massive coincidence, this bird had decided to make an extremely poor life choice at the exact moment I was enabling the power to my room. Holy khrap, did that scare the pad thai out of me.

A moment later the barbecued bird made a cartoon-like tumble three stories to the street below, where passing residents gathered around it to examine the corpse, occasionally pointing up toward the top of the pole as if to re-enact the fiasco. Amazingly, despite creating a special effect on par with Marty McFly hitting 88 miles per hour, the bird didn’t kill power to my hotel, though it did black out several nearby guesthouses.

A few minutes later another bird, clearly an extreme thrill-seeker, decided to see what all the fuss is about and landed on the exact same pole. 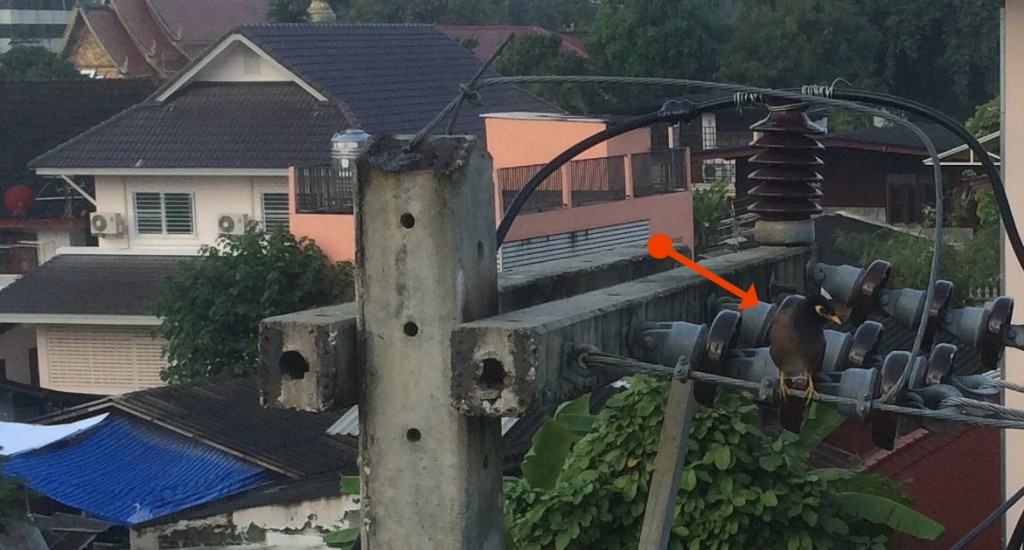 On Sunday night I went to the Sunday Walking Street in Chiang Mai old town, which is an enormous night market that goes for more than a kilometer down the main thoroughfare, as well as many side streets. I walked for three hours and didn’t even see all of it. Like most night markets, they sell everything from handbags to crafts to bootlegged DVDs to puppies. 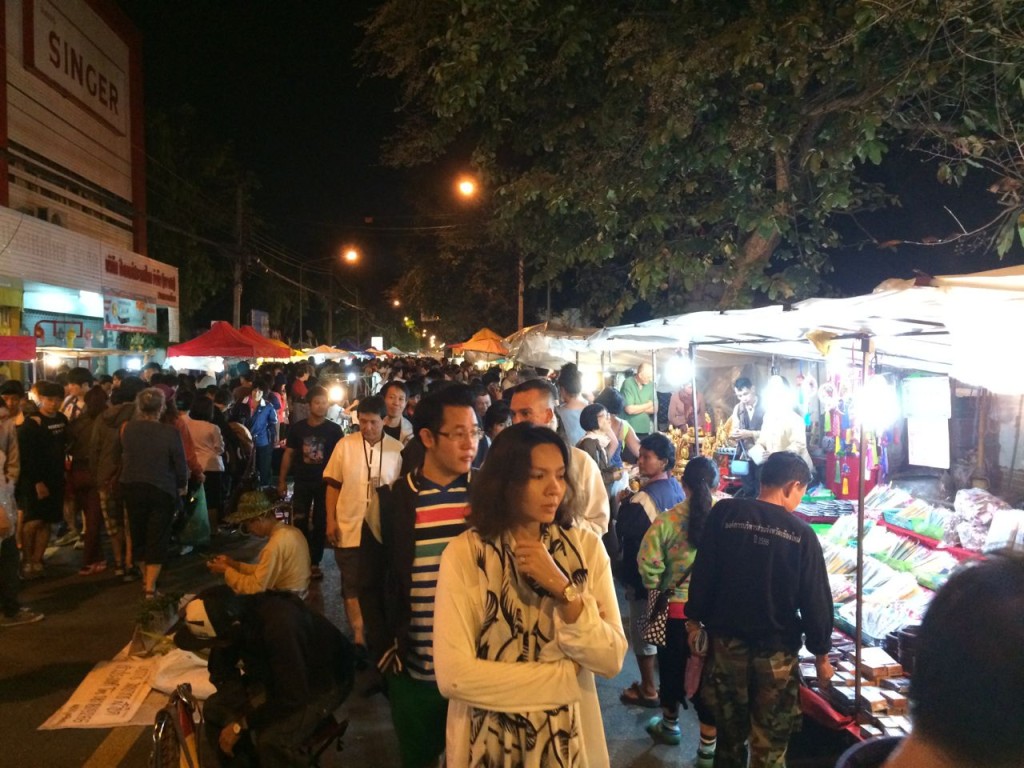 And food. Oh the food! Food stalls as far as the eye can see, on every corner, down every side street and in the courtyard of the many wats (temples) on each block. By 8 p.m. the street was so jam packed with people that we were all moving at a slow shuffle, but I was constantly ducking into side streets to sample bits of food. Just some of the things I ate: 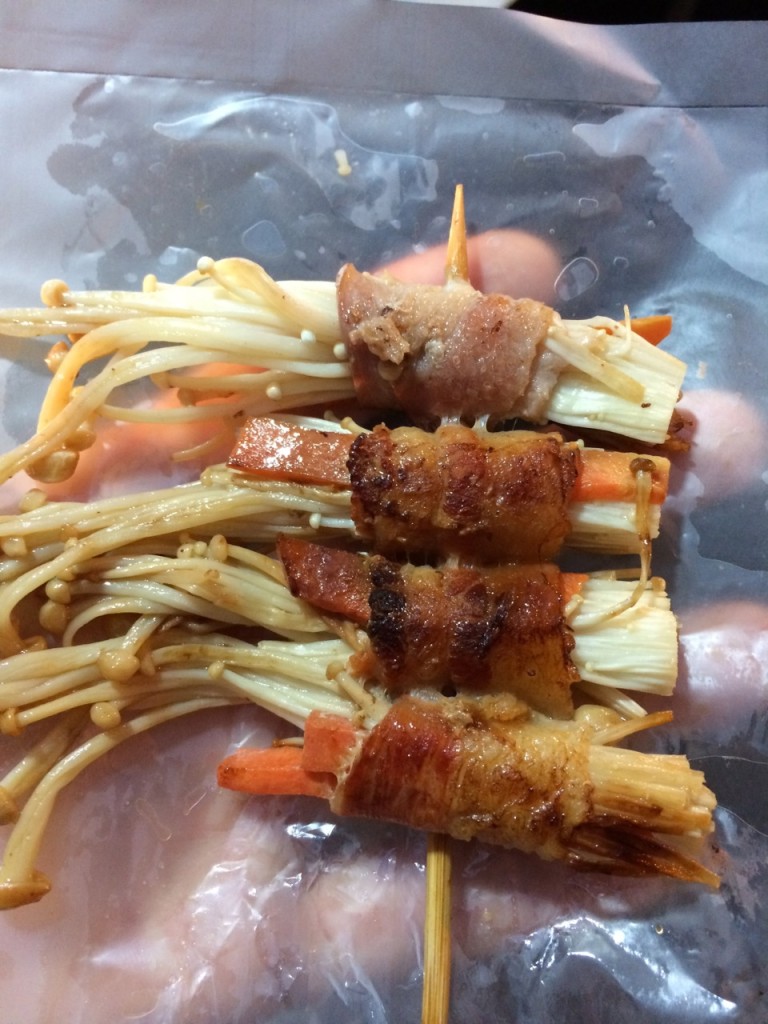 Braisd pork shank in sweet, spicy sauce (khao kha moo). Easily one of my favorite dishes in northern Thailand. I ate it three times at three different vendors over the week. 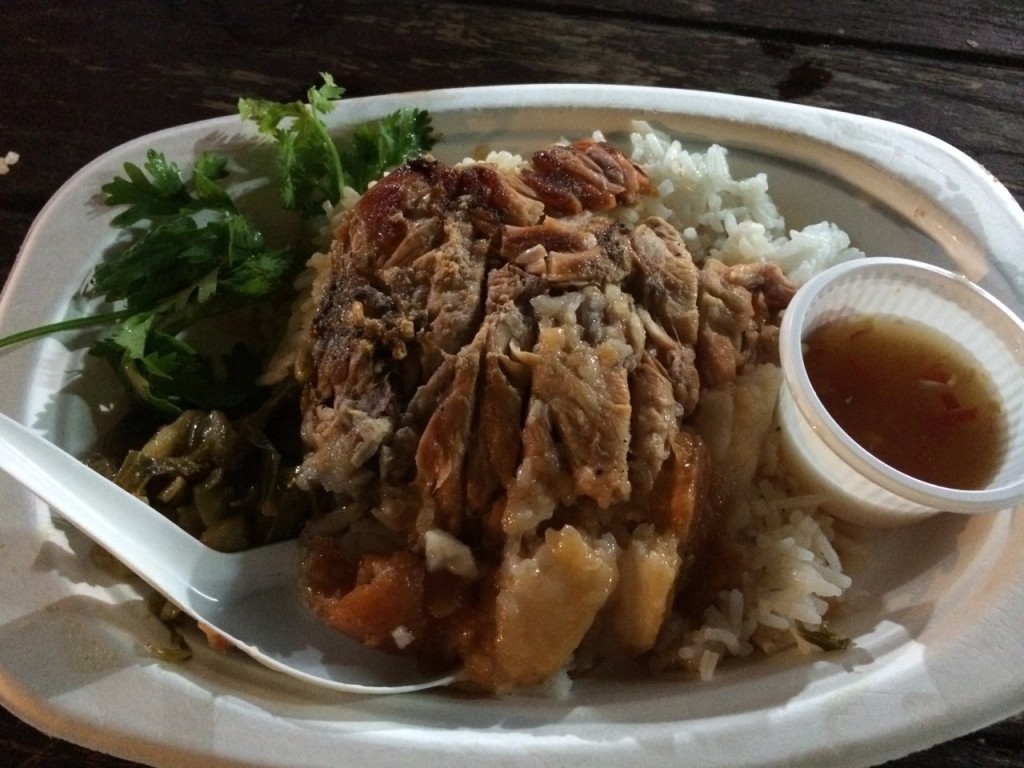 Fried quail eggs. These were sold everywhere and quite delicious. 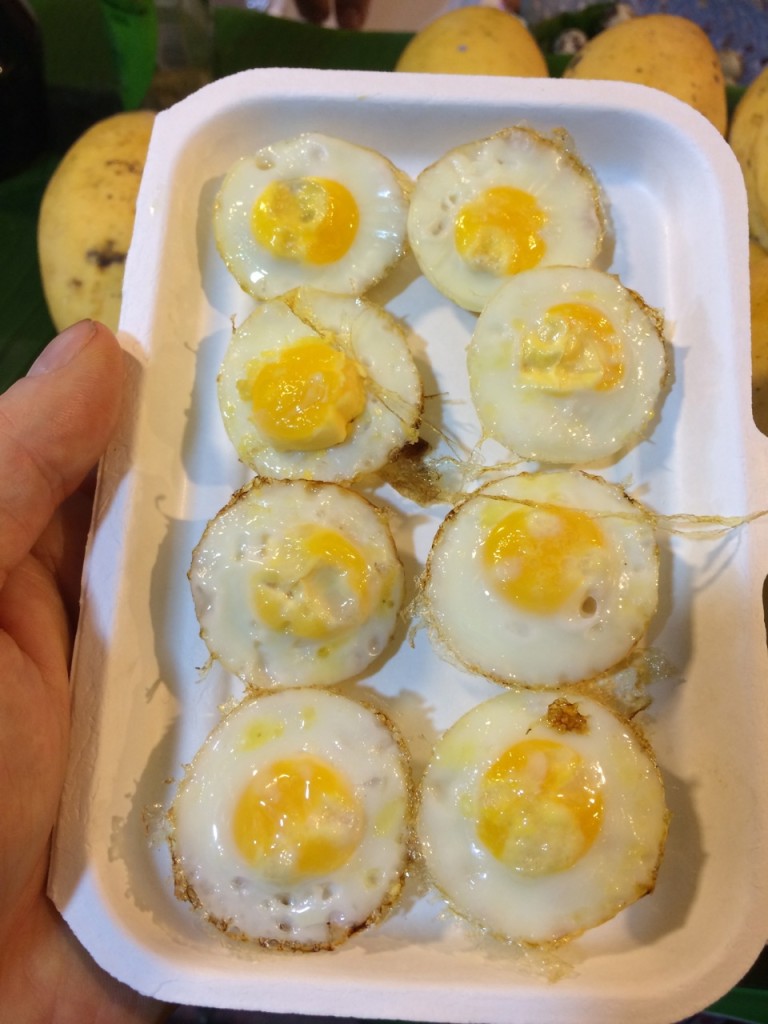 This is what the quail egg fryer looks like: 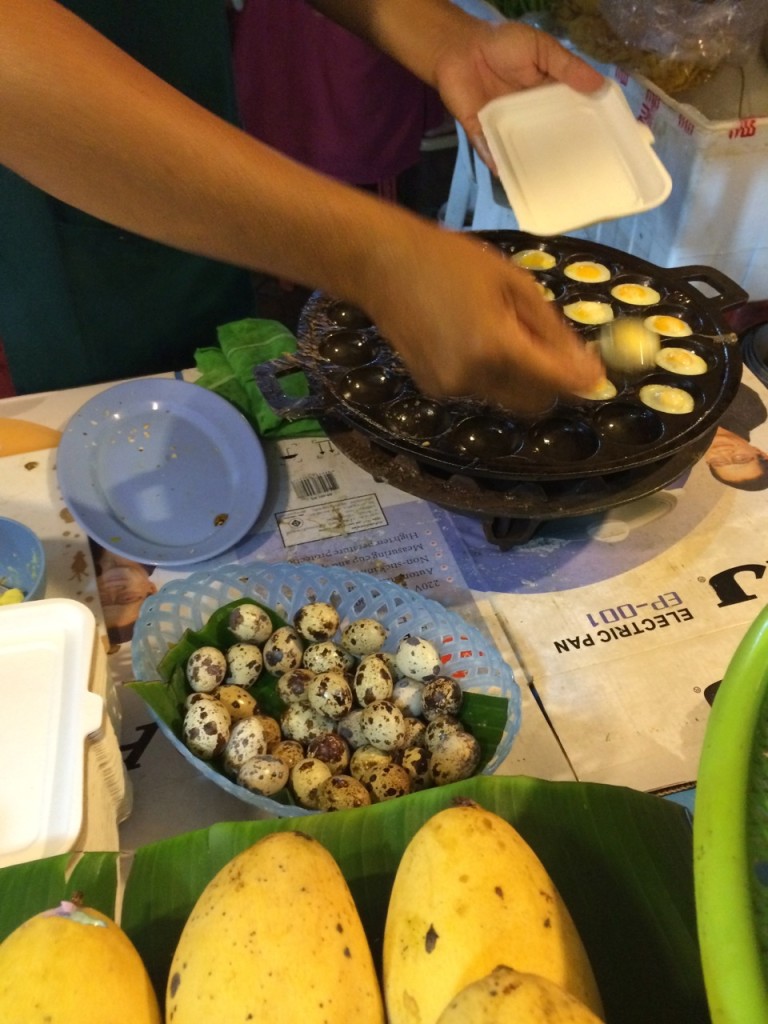 Grilled, slightly-fermented sticky rice on a stick. Notice my artistic photo composition with squid-on-a-stick in the background. 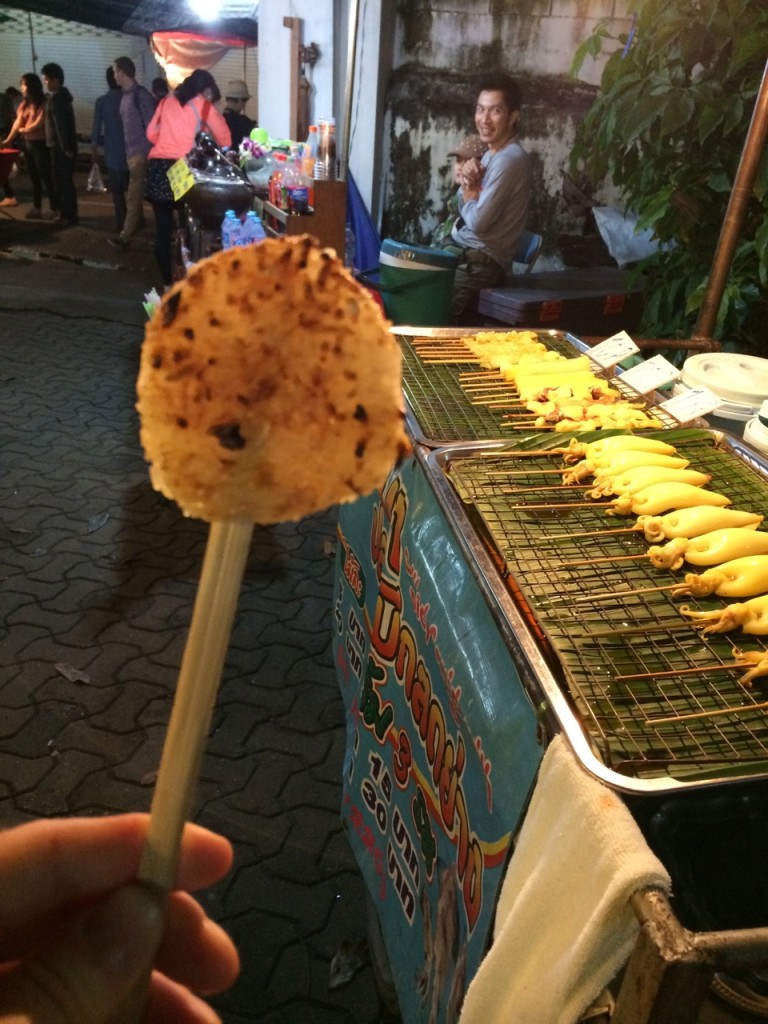 And I had told myself that when I went to Thailand I was going to try eating bugs. Apparently they have a delicious, nutty flavor and are packed with protein. But when I got to the bug table I took one look at the piles of fried grasshoppers, worms, beetles and crickets and I couldn’t bring myself to do it. I think I needed someone to dare me. 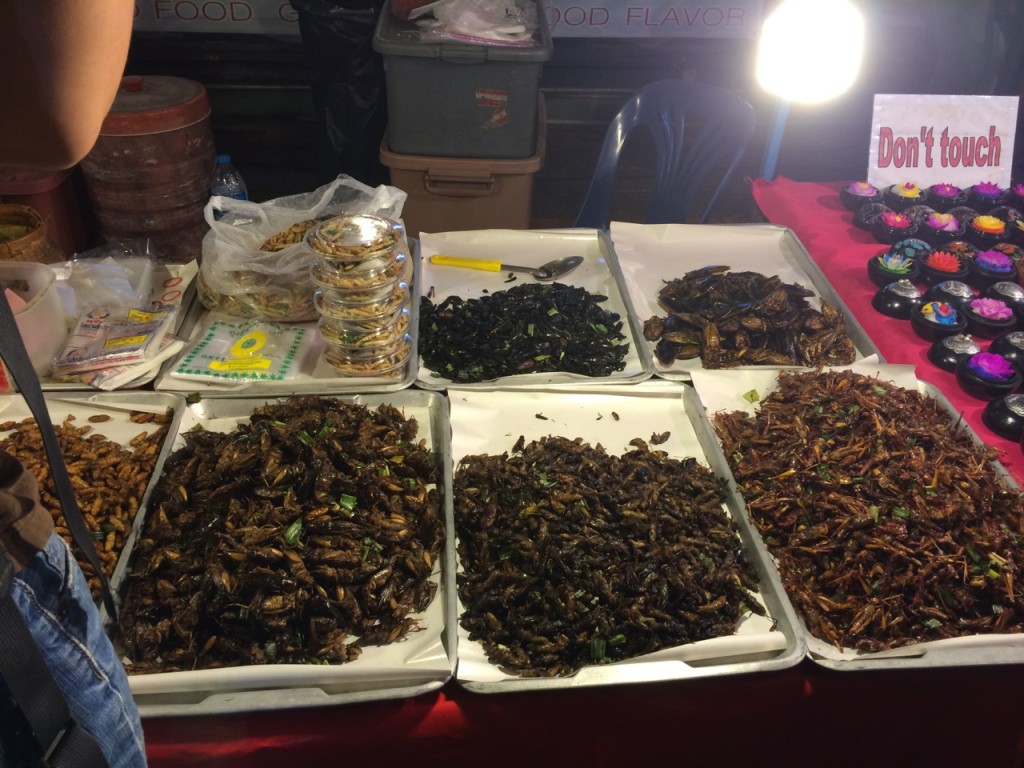 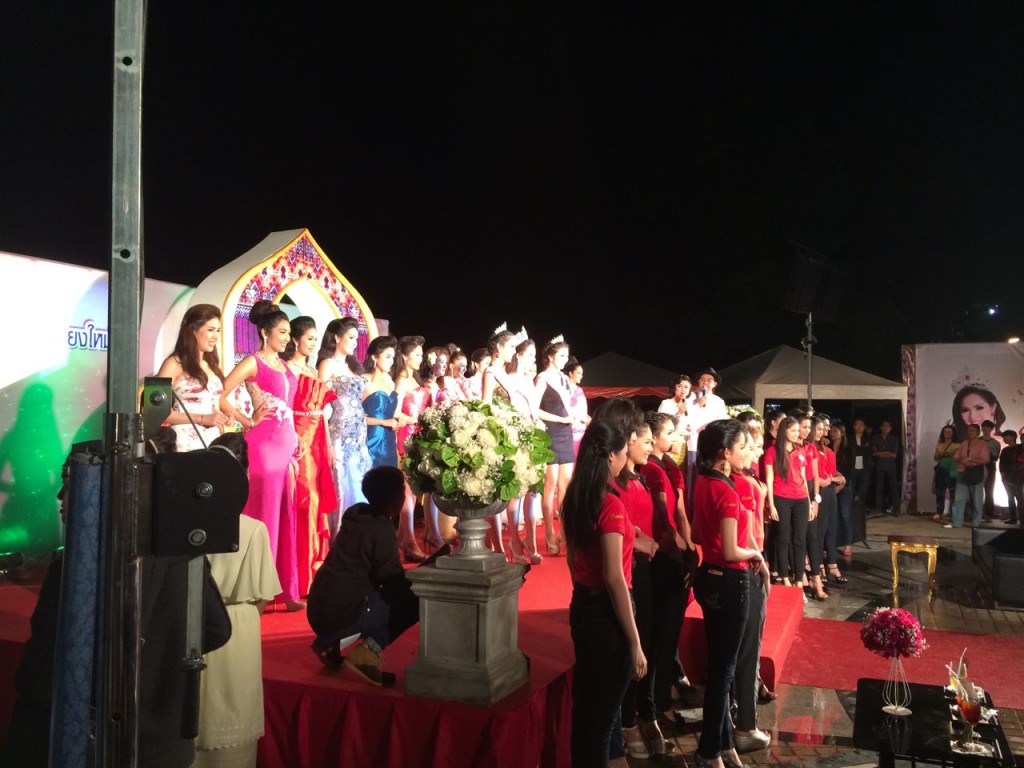 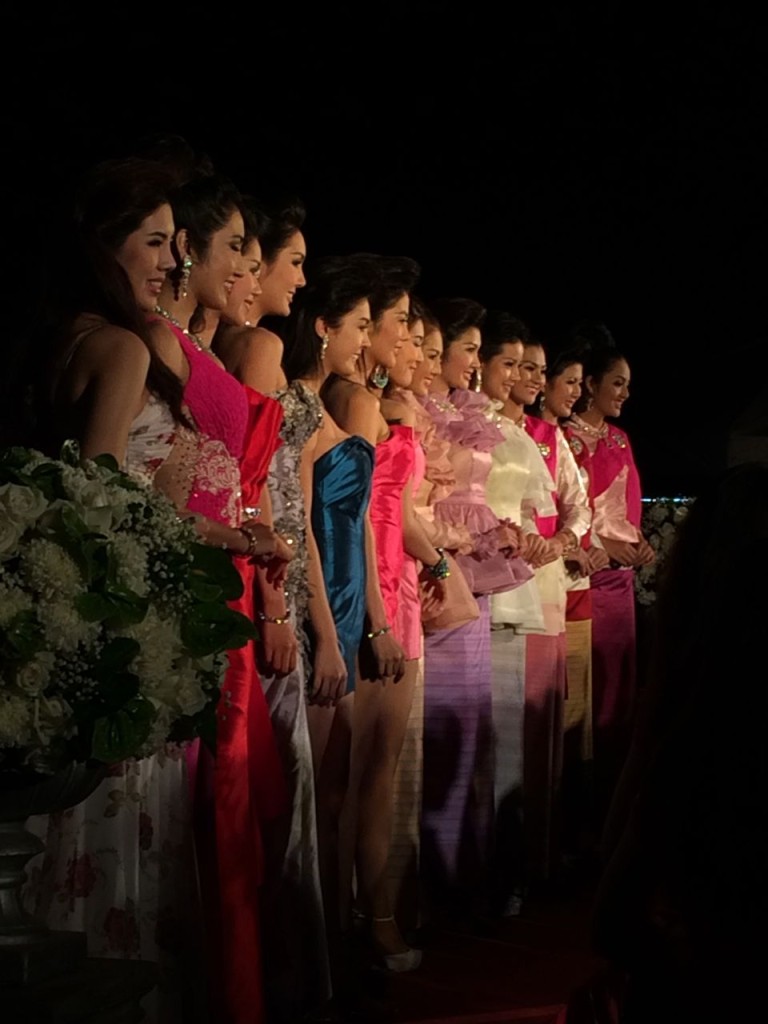 After three hours of exploring I was beat, so I grabbed the first sidewalk massage place and spent an hour jayramboing while getting an outstanding $4.50 foot massage. 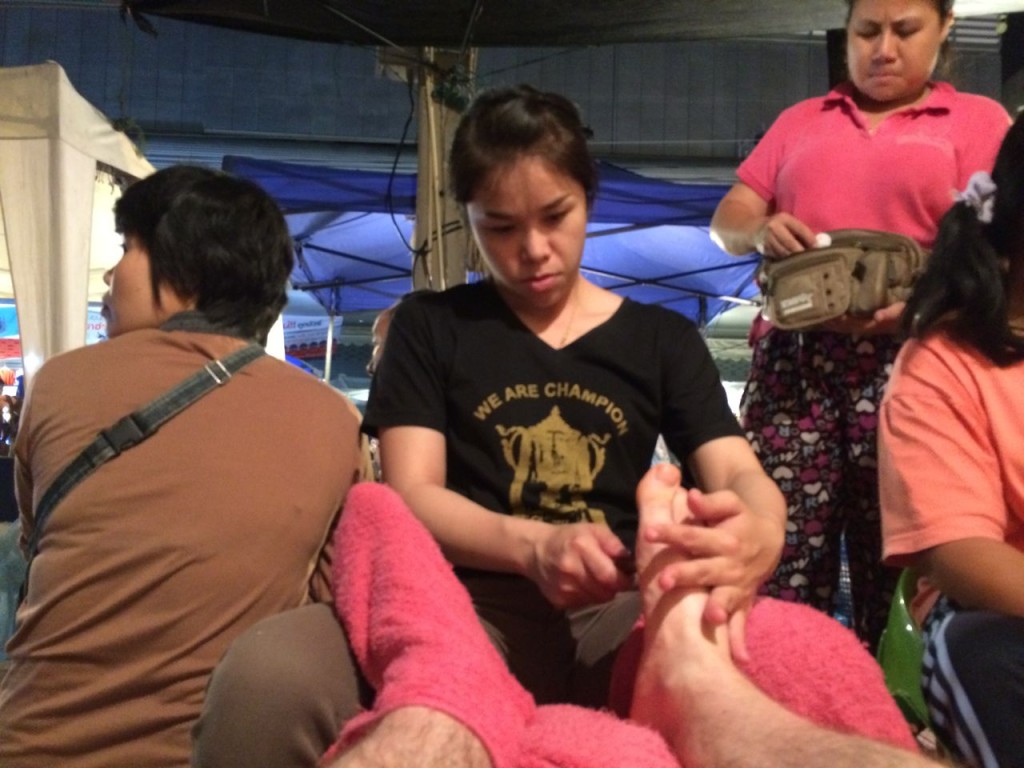