Jesus is the MAN!

(More on that in a moment.)

I awoke to day 74,392 in a row of clear skies and not a cloud to be seen. The weather here is a bit like being in the movie Groundhog Day, only without the towering thespian achievements of Andie McDowell. Today’s forecast actually called for a 10% chance of precipitation, which seems a bit presumptuous considering the complete absence of “clouds.” There’s probably an equal chance that Megan Fox is going to come riding through my living room on a musk ox.

After a good day’s work I headed out for my daily stroll and tortilla reconnaissance. Today’s destination was the Museo del Pueblo, one of Guanajuato’s many, many museums. After initially walking in the wrong door (Mexico appears to be a little bit loosey-goosey with entrances and exits) I found my way to the real ingress and toured the museum. It has a bit of an eclectic collection. If I could describe the theme of the collection, I would call it: ”Stuff that’s in this museum.”

The ground floor housed an extended exhibit of miniatures. There’s a long tradition of miniatures in Mexico, which I suppose is awesome if you’re into dollhouses. This collection was a bit of everything under the sun. Miniature furniture, pottery, masks, animals … it was sort of like touring a Wal-Mart in Lilliput.

The next room was what I had actually come to see, an exhibit of coins from Guanajuato’s long history as a central mint for Mexico. This area was founded around a series of silver mines, and for a long period was the main location where coins were manufactured for the country. The display had historic coins from the past 300 years, plus some examples of how the coins were designed and stamped. Quite cool.

The second floor had a loosely-themed collection of paintings and drawings based around Mexico’s history of dance. It was a bit hodgepodge, although there was a TV showing excerpts from Mexican dance movies made in the 1950s. Delightful! One movie involved a midget putting the smackdown on someone who had stolen his girl. It looked to be the 1950s Mexican equivalent of Jackass.

The third floor had a collection of drawings by caricaturist Ernesto Garcia Cabral. 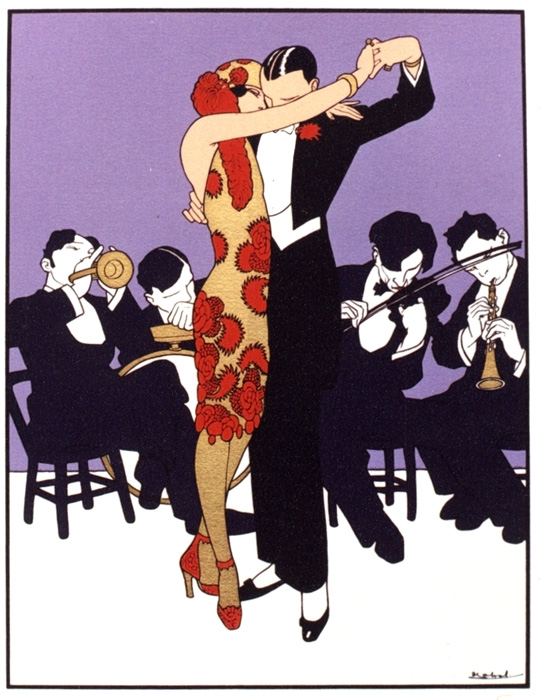 His work was a fascinating mix of caricatures and cartoons from the 1920s through the 1950s, and he seemed to be able to work in an impressive mix of styles. Several pieces that I loved were caricatures of musicians or conductors drawn directly on sheet music, and one particularly wonderful cartoon was a piece of music in which every note was a human figure. I believe that it was meant to represent the Mexican Congress. For just a moment I considered becoming an art thief. Considering the liberal nature of entrances and exits in the museum, I don’t think it would have been too tough.

Following the museum, I made my usual tortilla and mercado run for dinner ingredients, and returned home for a siesta and a home-cooked dinner of sauteed chicken with onions, garlic, red bell pepper, tomato and poblano pepper, finished with a generous squeeze of lime. Yum! This evening I wandered out to take in the Friday night bustle in downtown Guanajuato. Right at the base of the hill beneath the house I stumbled onto a concert by Coro Shalom Maran-ata. As best I can figure, this is a Catholic(?) choir that sings up-tempo, rock-n-roll flavored Christmas music, accompanied by synthesizer, drums and a fair amount of handheld percussion. Their open air concert, in front of Teatro Cervantes, beneath a giant sculpture of Don Quixote and Sancho Panza, was outstanding! At one point the conductor turned to sing a solo of her own, which she punctuated by sticking a finger in the air and shouting to the crowd “Jesus Cristo es el HOMBRE!” At the end of the concert they gave away gift bags filled with small toys and candies. The kids in the audience stampeded as though the military had air-dropped pieces of Miley Cyrus into a middle school playground.

Friday night is hopping in this burg, so I wandered into the heart of the downtown to enjoy the bustle of the crowds — Mexican tourists window shopping, teenagers making out on park benches, groups of young girls in trendy clothing singing Spanish songs in dark karaoke bars and old couples strolling hand-in-hand through the many plazas. I stopped into a few stores to look at clothing and bought a sweater to ward off the chilly nights (fun fact: Mexicans are shorter than Americans — I may upgrade my wardrobe while I’m here).

To cap off the night I finally located the fabled Café Tal, which I had been unable to find for my first week here. I ordered a hot chocolate, and the barista asked me if I wanted it strong or not so strong. I asked for not so strong, and it turned out to be the thickest cup of hot chocolate I’ve ever had. I think it contained one tablespoon of milk and five kilos of chocolate. It was delicious, and will keep me awake well into the year 2014. Ironically, after finally researching how to ask for the Internet wi-fi password in Spanish, it turned out that their wi-fi wasn’t password protected. Oh well. It was also an entirely tepid connection. Apparently there’s an inverse relationship between the strengths of beverage and internet. I’ll take the trade-off.